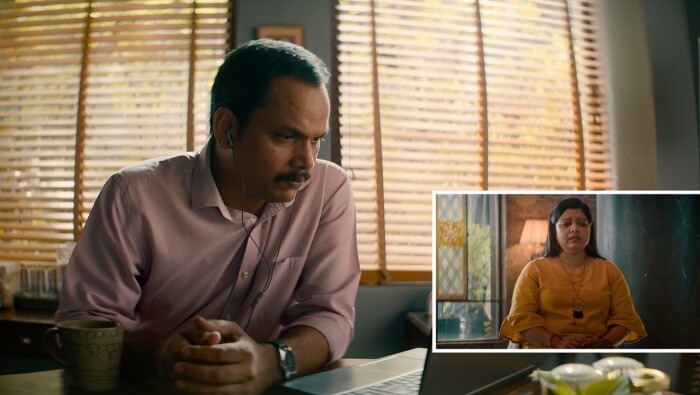 National, 27th May 2022: World Menstrual Hygiene Day is celebrated on 28th May every year which signifies 28 days which is the typical gap between 2 periods and 5 days which is the average duration of a period. It is a significant day to collectively raise awareness and attempt to change damaging social norms around menstruation. In India, these efforts are even more important because menstruation in our country is still shrouded in silence, misinformation, and embarrassment. And unfortunately, even today, many young girls discover what it is only when they experience it physically for the first time. Mothers are usually the primary source of information for these young girls. But years of conditioning around menstruation, continue to influence a mother’s approach and thinking and so she passes on dated lessons of ‘hiding periods’ from men, even their fathers and brothers. Fathers, on the other hand, having been kept away from the menstruation conversation for generations, think of periods as a women’s secret – unsure of their role and choosing to make themselves unavailable because they don’t know how to offer the much-needed support.

Stayfree®, a leading sanitary napkin brand in India has been deeply involved in all aspects of normalizing periods. These efforts include education partnerships, promoting best practices for Menstrual Hygiene Management and encouraging open conversations on the subject, by the people who matter the most to the young girl – her family.

To unmute and normalize conversations around periods, Stayfree®, wanted to nudge those primarily responsible for a young girls’ holistic coming of age – mothers and fathers - to step up and do more to change this narrative of shame and silence. This journey began in 2020 when Stayfree® helped young girls say “It’s Just a Period” by encouraging their fathers and mothers to say it with them. After all, while menstruation may mark the physical maturity of a girl’s body, but she is still emotionally vulnerable and ill equipped to brave societal stigmas around periods. Hence, it becomes imperative for the people closest to the young girl - fathers, mothers, teachers - to help her understand that periods are just a normal biological process.

Continuing this school of thought, Stayfree® has launched its new film conceptualized by DDB Mudra that encourages fathers to be involved in the period conversation with daughters because every conversation has an impact beyond that moment. It helps set the tone that periods need not be hushed conversations and an open dialogue can make the father-daughter bond stronger.

Talking about the film, Manoj Gadgil, Vice President Marketing, Johnson & Johnson Consumer Health, India said “We believe the onus of normalizing period conversations rests on the people that the young girl trusts – her family, teachers, and society at large. Stayfree® is once again stressing on the role of a father, because we realized that there is a distinct vacuum in a father-daughter relationship during her teenage years. Right from the daughter’s birth, fathers are increasingly taking on greater responsibility for caregiving; a fact recognized by corporates who are now offering generous paternity leaves. These same fathers want nothing but the best when it comes to supporting her dreams and ambitions, no matter how unconventional they may be. Yet, during her teenage years, they take a step back and let the mother become the primary parent to help her navigate her periods. This begins the subtle conditioning around periods – hushed voices, not to be spoken about in front of the men of the household and the accompanying worry about storing, changing, and disposing pads. This film urges fathers to do more- to talk to their daughters and help drive more positive social norms and behavior around periods.”

Pallavi Chakravarti, Creative Head - West, DDB Mudra said “‘So what if Dad pretended that periods didn't exist? So, what if he pointedly looked the other way when I was young and confused and bleeding for the first time? It isn't his job to talk to me about menstruation’ - Women believe this to be true. Stayfree® digs deeper to unearth what lies beneath this age-old norm, resulting in revelations for both, fathers, and daughters.”

Stayfree® is walking the talk by providing resources to parents who want to have this conversation via “Stayfree® Periodshala Digital Masterclasses” an informative 1-hour session co-created by Stayfree® and Menstrupedia (an NGO involved in creating menstrual awareness through engaging educational material) Last year on Daughters Day, more than 2000+ families participated in these sessions to equip and prepare themselves to have this conversation.

About Stayfree®:
Stayfree® knows that periods can be difficult. That’s why it has a long heritage of creating products that provide comfortable protection to help women feel at ease during their periods. The brand has been striving to build a healthy relationship between a young girl and her periods so that she can continue to pursue their dreams.