COVID-19 has caused significant disruptions to tuberculosis (TB) services in India – which has the highest burden of TB cases globally. Not only may people with TB be uniquely vulnerable to severe complications from COVID-19, if infected – but the pandemic has also disrupted already-stretched systems of delivering TB care, and lockdowns have made much-needed social support increasingly difficult to come by.

To help address this issue, Johnson & Johnson is leveraging our existing collaboration with the MTV Staying Alive Foundation to support a new, digital miniseries called MTV Nishedh Alone Together.

The new series builds on the broader and highly successful youth-focused “edutainment” campaign in India, MTV Nishedh. With just under 40% of diagnosed TB cases occurring in people under the age of 30, MTV Nishedh aims to raise awareness about TB among young people. The campaign included a primetime television series – which first aired in January and reached over 10 million people across India – a radio program and social media. Johnson & Johnson supported the inclusion of TB messaging into the campaign as part of our 10-year initiative to fight TB and in support of India’s goal to end TB by 2025.

A New Spin-Off Series for the COVID Era

When COVID-19 hit, there was a clear opportunity to once again use this powerful platform to address the new challenges facing people with TB during COVID-19. The digital spin-off MTV Nishedh Alone Together raises awareness about TB while also stressing the importance of seeking proper diagnosis and care, especially during the COVID-19 pandemic. Over five episodes, the miniseries drama educates young people of TB symptoms, where to get tested and how to continue accessing medicines during the pandemic.

The completely shot-at-home series captures the journey of Vicky and Megha, a young couple based in Mumbai who face the challenges of the lockdown including concerns around continuing Vicky’s treatments for multidrug-resistant TB (MDR-TB). The couple experiences ups and downs in their relationship and Vicky must find a way to receive the care and social support he needs during the pandemic.
The digital miniseries features Sania Mirza – an Indian professional tennis player – as well as members of the original cast of MTV Nishedh. Launched on November 27, the episodes are streaming on MTV India and MTV Nishedh’s YouTube, Instagram, and Facebook handles, with new episodes released every Friday. 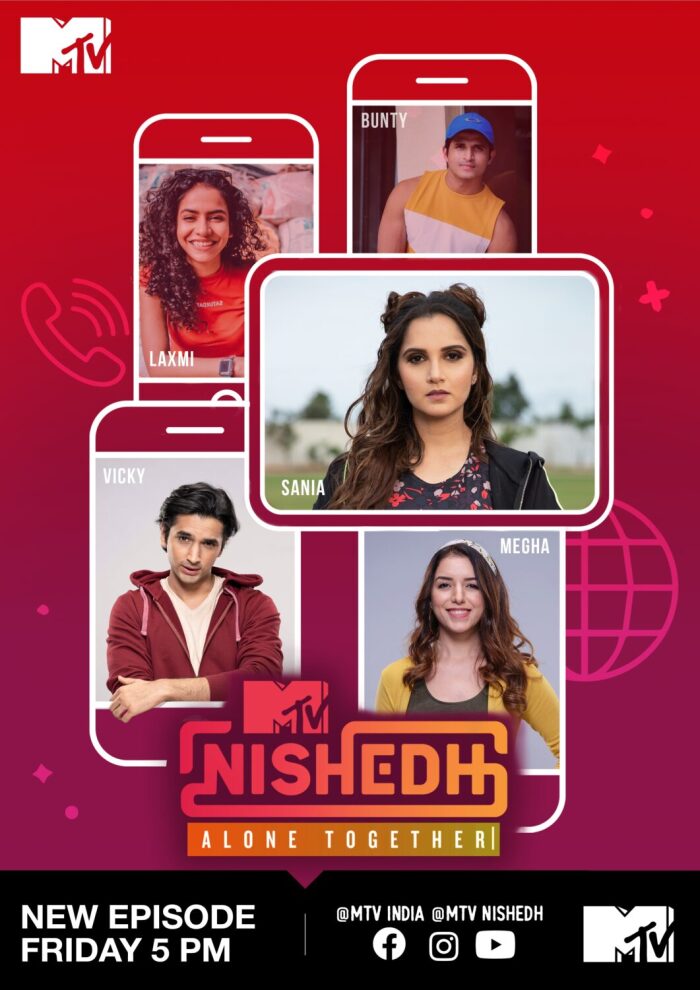 Our Commitment to TB in India

In 2018, Johnson & Johnson announced a 10-year initiative aimed at ending the global TB pandemic – and India, as the country with the highest burden of TB, is a key focus of these efforts. Beyond this collaboration with The MTV Staying Alive Foundation, we are also supporting targeted programs across the country, including a series of partnerships with the Government of India and local NGOs to build capacity for improved detection, diagnosis and treatment of DR-TB cases.