Corporate TB Pledge is a joint initiative between Central TB Division, Ministry of Health and Family Welfare (MoHFW) and USAID

Actor Vaani Kapoor appointed as the face of the campaign

India, Mumbai, March 24, 2022: Today on World Tuberculosis (TB) Day, Johnson & Johnson India (the Company) announced the launch of a youth-focused, digital-first initiative #BeTheChangeForTB as part of its commitment to the Corporate TB Pledge, a joint initiative with the Central TB Division, Ministry of Health and Family Welfare in India, and United States Agency for International Development (USAID), supporting the Indian Government’s goal to end TB. Bollywood actor Vaani Kapoor has been appointed as the face of the initiative.

Youth represent a vulnerable population in the fight against TB. Despite this risk, young people are less likely to seek care due to a lack of awareness of TB symptoms, stigma associated with the disease, structural barriers in accessing complex health systems, and lack of family and social support, leading to millions going without diagnosis. As an estimated 30 percent of the total TB cases in India are in the age group of 18-30 years, this initiative aims to create a cadre of Youth Changemakers who can act as catalysts of change to help eliminate TB from the country.

Through social media, chatbots and more, the #BeTheChangeForTB initiative aims to increase awareness about the disease, build youth engagement and participation and improve health-seeking behaviour in support of the Government’s vision of a TB-free India. Joining Vaani Kapoor to inspire Indian youth to join the movement through a rap song is Kunal Pandagle, also known as Kaam Bhaari, a young Indian hip-hop artist and lyricist (here is the link to the launch rap song)

The #BeTheChangeForTB initiative addresses the youth of India as they are best positioned to be the torchbearers in driving behavioural change amongst the public, which can significantly scale-up the fight against TB. The initiative will also bust the common misconceptions around TB and communicate the right messages around diagnosis and treatment of the disease. The communication and social mobilisation aspects of this initiative would entail various online and on-ground interventions including working with state and district health departments, National Tuberculosis Elimination Programme (NTEP) and local communities. 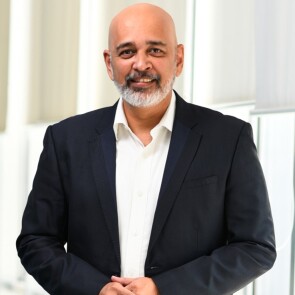 “Every individual and every organization has the potential to make an impact in the fight against TB,” said Sarthak Ranade, Managing Director at Janssen India, the Pharmaceutical Companies of Johnson & Johnson.[1] “We invite people everywhere to join us in our mission of reducing the burden of TB by raising awareness in your community and advocating for health-seeking behaviour. With the power of multi-sector partnerships, coming together in numbers and uniting under one common cause, we can help turn the tide against this devastating disease – once and for all.”

This initiative, in support of global efforts to help find the missing millions of people living with undiagnosed TB, are part of Johnson & Johnson’s 10-year initiative to help drive progress toward the United Nations Sustainable Development Goal of ending this deadly, but preventable and treatable, disease by 2030. 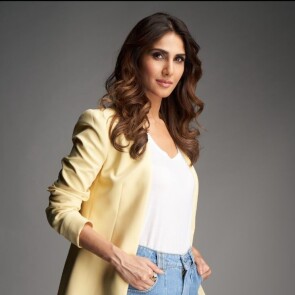 Vaani Kapoor, actor, said, “The ongoing pandemic has reversed years of global progress in tackling tuberculosis and for the first time in over a decade, TB deaths have increased. In India itself, every single day TB claims the lives of more than 1300 people, despite treatment being available free for all. It is imperative for all of us to come together and make a difference. I am honoured to be a part of the ‘Be the Change for TB‘ initiative and I appeal to the youth of the country and around the world to join this movement and be changemakers by spreading verified information on treatment and encouraging people to seek early care. I am confident that together we can reduce the burden of TB in India.” 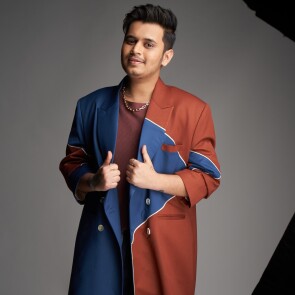 Sharing his views, Kaam Bhaari, rap artist, shared, “I have always believed that music has the power to change the world. I am humbled to be part of the public health initiative, ‘Be the Change for TB’ to empower youth, create awareness and improve health seeking behaviour. I am certain that this will create a group of changemakers that will spread awareness around the available treatment and contribute to make India TB-free.”

Tuberculosis is one of the oldest infectious diseases and continues to be a major health concern in India accounting for 26 percent of the world’s TB burden. Despite being a curable disease and treatment being available free of cost for all citizens under the Government’s National Tuberculosis Elimination Programme (NTEP), more than 1300 (one thousand three hundred) Indians lose their lives every day from TB and up to 400000 (four lakh) TB patients remain unreported each year. COVID-19 has further worsened the situation as several diseases, including TB, received lesser focus with majority of efforts being directed towards containing the COVID-19 pandemic.

Collaboration is essential to maximize the impact of these programs and drive new learnings. To that end, through initiatives like the #BeTheChangeForTB’, Johnson & Johnson is convening some of the critical players across TB, youth services and global health to advance solutions to more efficiently engage and activate youth in the fight against TB.

Johnson & Johnson has been a committed partner – from the lab to the last mile of healthcare – in the global fight against TB for more than two decades.

In 2012, Johnson & Johnson introduced the first novel TB medicine in nearly half a century, which is now recommended by the WHO as a core component of all-oral multidrug-resistant TB (MDR-TB) treatment regimens. Since then, Johnson & Johnson has worked collaboratively to facilitate global access to the medicine, which is available to more than 135 low- and middle-income countries through the Stop TB Partnership’s Global Drug Facility, while also safeguarding its long-term effectiveness. To date, Johnson & Johnson has provided more than 470,000 courses of treatment to 153 countries, including the 30 countries with the highest burden of DR-TB.

The Company is also working to advance research and development for the next generation of TB drugs and regimens, both in our own labs and as a member of the PAN-TB and UNITE4TB collaborations and the AMR Action Fund. Additionally, in July 2021, Johnson & Johnson launched the first Satellite Center for Global Health Discovery at the London School of Hygiene and Tropical Medicine with the aim of accelerating the early-stage science needed to address the entrenched threat of DR-TB.

These efforts are part of Johnson & Johnson’s 10-year TB initiative, launched in 2018, aimed at helping drive progress toward the UN Sustainable Development Goal target of ending TB by 2030. The initiative focuses on three pillars: broadening access to and accelerating scale-up of the Company’s MDR-TB medicine, helping to find the “missing millions” of people living with TB who have not yet been diagnosed and investing in the development of new TB drugs and regimens. In support of this initiative, in 2019, Johnson & Johnson announced a $500 million, four-year investment to support the discovery, development and delivery of new tools to combat the interrelated epidemics of TB and HIV.

TB is a respiratory disease which sickened 10 million people and killed approximately 1.5 million people in 2020. Underserved communities bear the largest burden, with more than 95 percent of deaths occurring in low- and middle-income countries. While TB incidence has been declining over the last decade, the COVID-19 pandemic is setting back decades of hard-won global progress. In 2020, 1.3 million fewer people were diagnosed and treated for TB than in 2019, and more than two years into the pandemic, essential TB care and service delivery continues to face ongoing disruptions, according to the latest World Health Organization (WHO) survey.

Growing resistance to commonly used medicines is compounding the challenge. Worldwide in 2020, there were an estimated 500,000 new cases of drug-resistant TB (DR-TB), but just one third of these patients were diagnosed. Further, DR-TB is a significant contributor to the threat of antimicrobial resistance (AMR), which in 2019 killed an estimated 5 million people – posing a major threat to human health and global health security.

About the Janssen Pharmaceutical Companies of Johnson & Johnson

At Janssen, we’re creating a future where disease is a thing of the past. We’re the Pharmaceutical Companies of Johnson & Johnson, working tirelessly to make that future a reality for patients everywhere by fighting sickness with science, improving access with ingenuity and healing hopelessness with heart. We focus on areas of medicine where we can make the biggest difference: Cardiovascular & Metabolism, Immunology, Infectious Diseases & Vaccines, Neuroscience, Oncology and Pulmonary Hypertension.

Learn more at www.janssen.com. Follow us at @JanssenUS and @JanssenGlobal. Janssen India and Johnson & Johnson Private Ltd. are part of the Janssen Pharmaceutical Companies of Johnson & Johnson.

At Johnson & Johnson, we believe good health is the foundation of vibrant lives, thriving communities and forward progress. That’s why for more than 130 years, we have aimed to keep people well at every age and every stage of life. Today, as the world’s largest and most broadly-based health care company, we are committed to using our reach and size for good. We strive to improve access and affordability, create healthier communities, and put a healthy mind, body and environment within reach of everyone, everywhere. We are blending our heart, science and ingenuity to profoundly change the trajectory of health for humanity. Learn more at www.jnj.com. Follow us at @JNJNews.

Cautions Concerning Forward-Looking Statements
This press release contains "forward-looking statements" as defined in the Private Securities Litigation Reform Act of 1995 regarding initiatives related to tuberculosis. The reader is cautioned not to rely on these forward-looking statements. These statements are based on current expectations of future events. If underlying assumptions prove inaccurate or known or unknown risks or uncertainties materialize, actual results could vary materially from the expectations and projections of the Janssen Pharmaceutical Companies, and/or Johnson & Johnson. Risks and uncertainties include, but are not limited to: challenges and uncertainties inherent in product research and development, including the uncertainty of clinical success and of obtaining regulatory approvals; uncertainty of commercial success; manufacturing difficulties and delays; competition, including technological advances, new products and patents attained by competitors; challenges to patents; product efficacy or safety concerns resulting in product recalls or regulatory action; changes in behavior and spending patterns of purchasers of health care products and services; changes to applicable laws and regulations, including global health care reforms; and trends toward health care cost containment. A further list and descriptions of these risks, uncertainties and other factors can be found in Johnson & Johnson's Annual Report on Form 10-K for the fiscal year ended January 2, 2022, including in the sections captioned “Cautionary Note Regarding Forward-Looking Statements” and “Item 1A. Risk Factors,” and in Johnson & Johnson’s subsequent Reports on Form 10-Q and other filings with the Securities and Exchange Commission. Copies of these filings are available online at www.sec.gov, www.jnj.com or on request from Johnson & Johnson. None of the Janssen Pharmaceutical Companies nor Johnson & Johnson undertakes to update any forward-looking statement as a result of new information or future events or developments.

The celebrities quoted in this press release have been contractually engaged by Johnson & Johnson Private Limited, India to endorse and recommend the #BeForChangeForTB initiative