The United Nations Inter-Agency Group for Child Mortality Estimation (UN-IGME) in 2020 published that stillbirths were concentrated in a few countries, with the greatest number in India1,2. Birth asphyxia – when a baby is unable to breathe at birth – is one of the major causes of infant deaths in the country3,4. There is one "golden minute" of opportunity for a baby to begin breathing outside the womb. While most babies do begin breathing on their own, many, however, will need assistance. So, the presence of skilled attendant by the mother’s side becomes vital to provide specialized care and assessment at a time when their lives are at greatest risk.

Indian Academy of Pediatrics, with contributions from Johnson & Johnson Private Limited committed to the improvement of the health and well-being of all children, has launched Neonatal Resuscitation Program First Golden Minute (NRP-FGM) with the objective to contribute towards the efforts put in to reduce neonatal deaths in India. This Program aims to deal with "Birth Asphyxia" which is rightly considered as one of the leading causes of Neonatal Mortality in our country. The Program primarily focuses on newborn resuscitation to prevent deaths due to birth asphyxia, though other measures for reducing neonatal mortality like hygiene management and kangaroo care have also been given due importance. The ultimate objective of this project will be to have one person at every delivery point, trained in neonatal resuscitation. With India’s birth cohort of 27 million per year and with most of the deliveries being conducted in peripheral areas, this goal will require large number of trainers in each of the 739 districts of India.

Neonatal Resuscitation Program (NRP) First Golden Minute Program (FGM) was conceptualized to attain Millennium Development Goal – 4 (MDG-4) of reducing Under-5 mortality rate in India. Since 2009 till April 2020, IAP has conducted more than 3,313 training workshops and have trained more than 1,21,482 healthcare personnel in private and government health sectors. This project aims to train about 200,000 health personnel in neonatal resuscitation by creating enough trainer pool as well as providers through the Basic NRP and Advanced NRP courses. 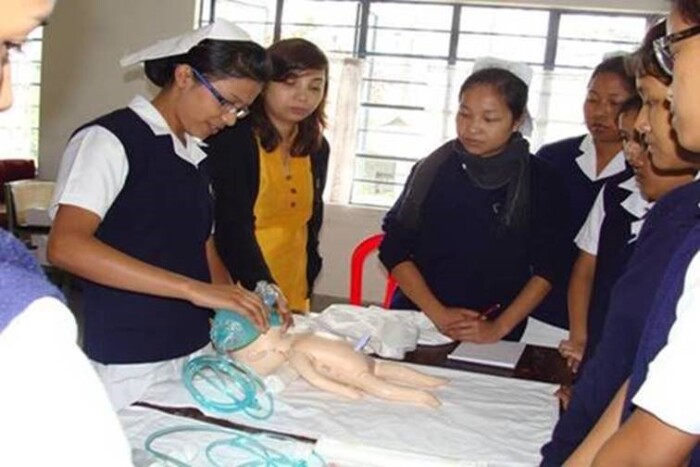